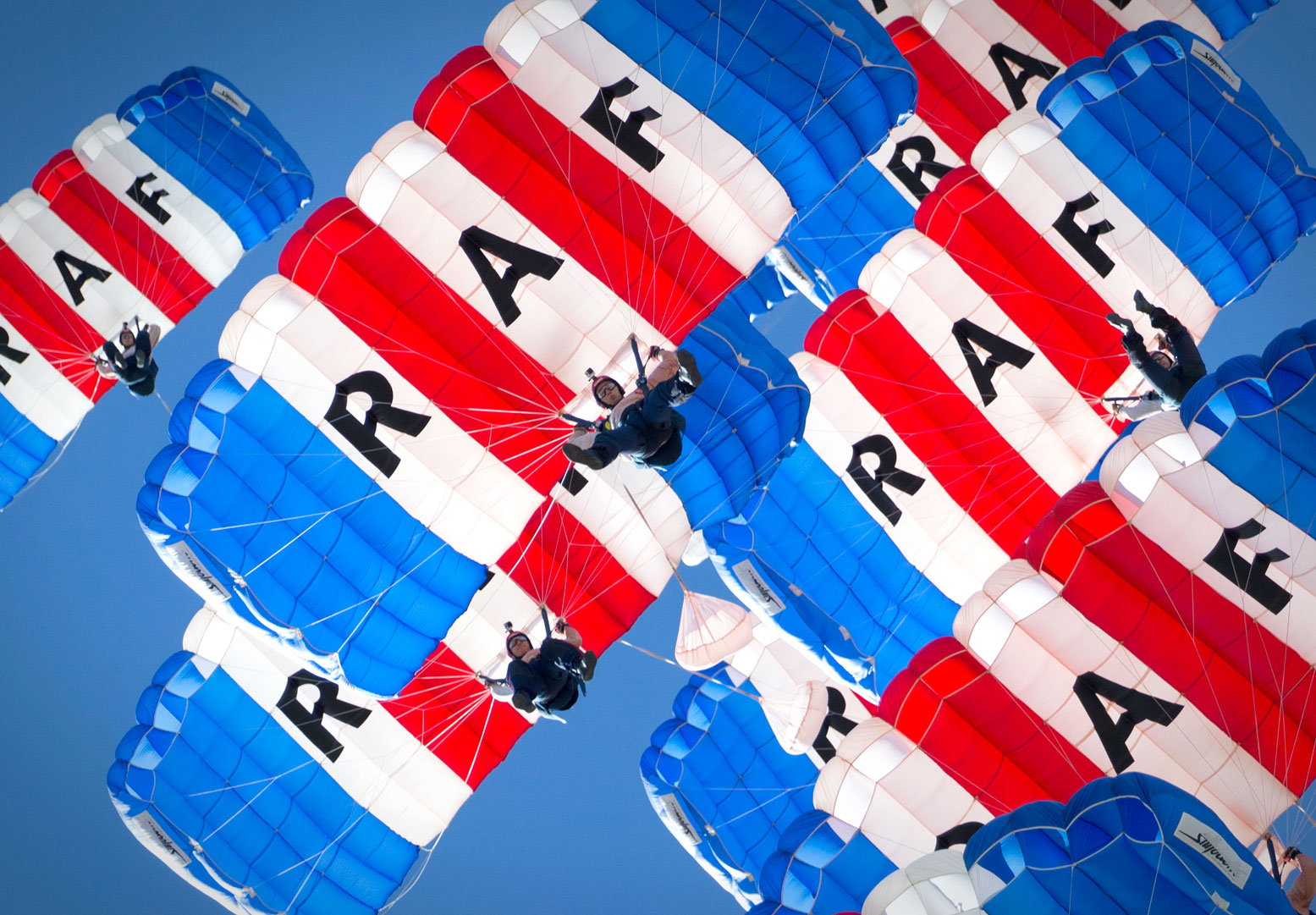 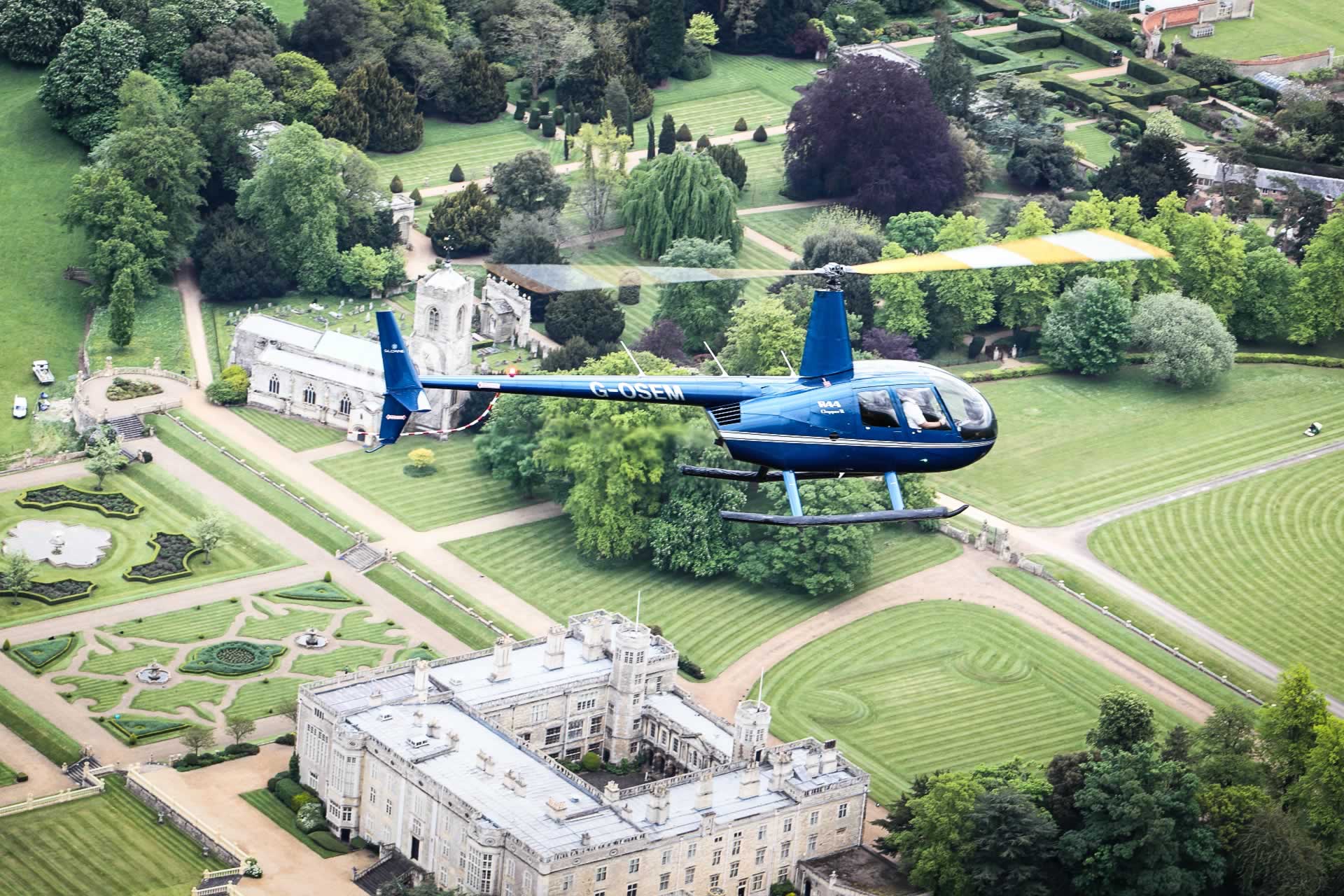 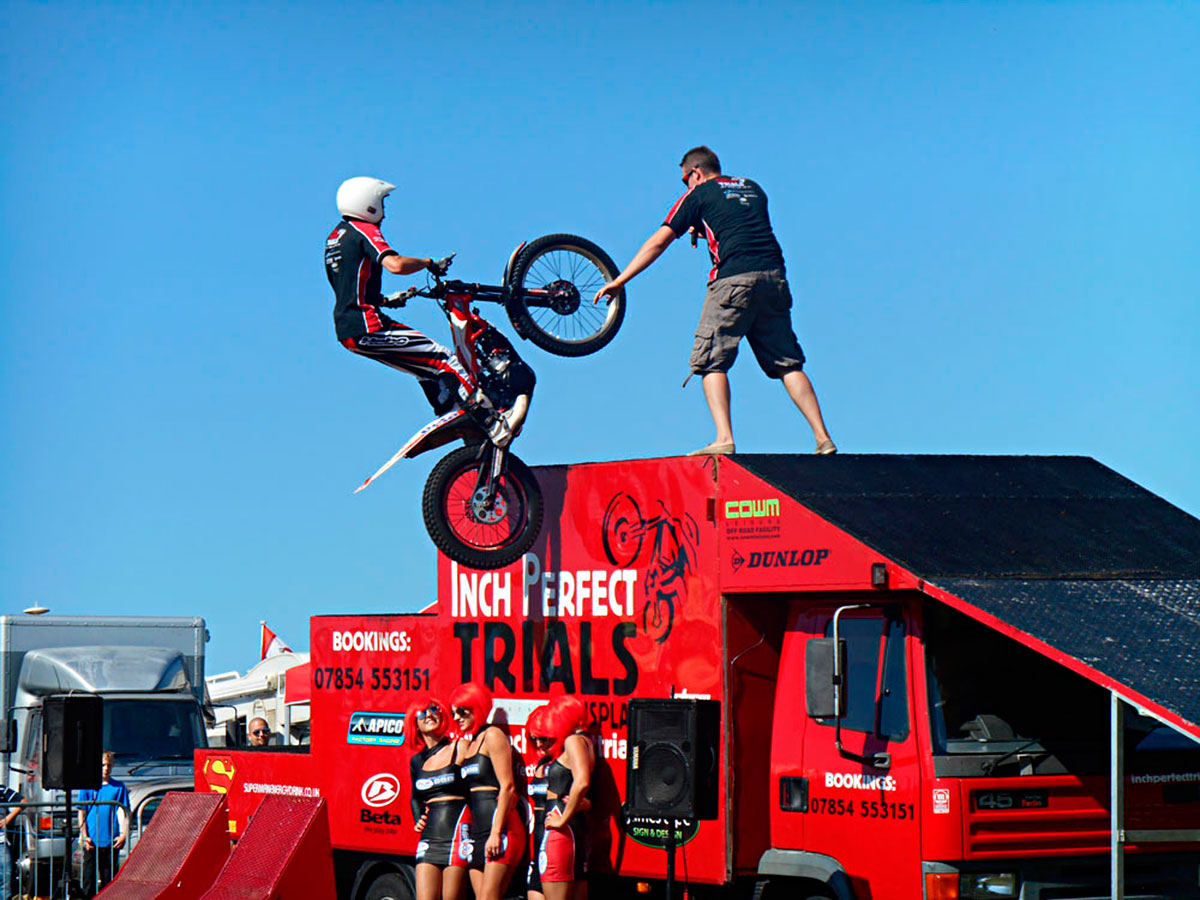 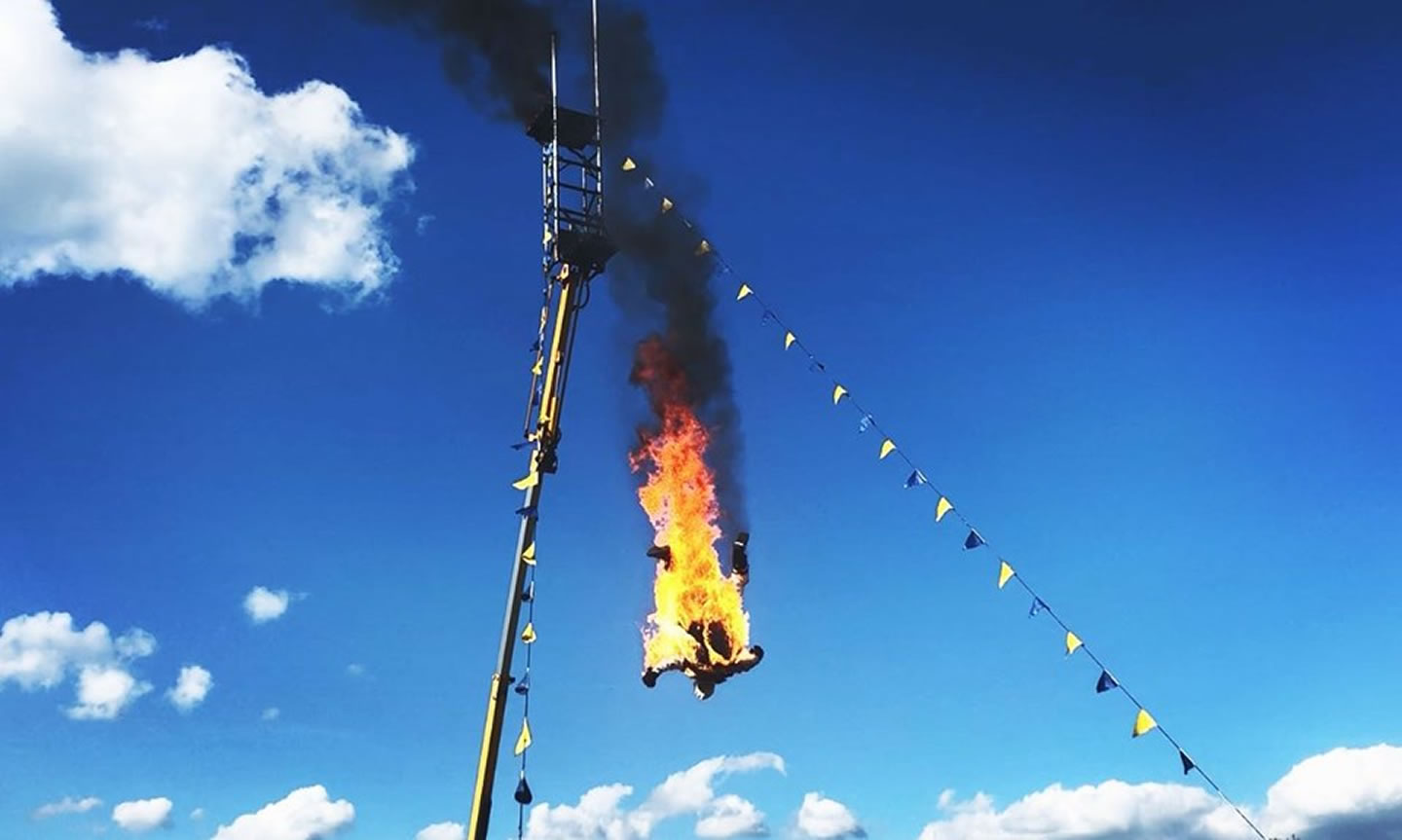 We are delighted to make the event one for all the family. Classic cars, Supercars and all things cars but with something to do for everyone. Expect 2020 to be even better than 2019!

The Supercar arrival promises to be more sensational than last year and with an expanded Car Club section all tastes will be catered for.

This year we will have a Market Place full of things to see and buy. As usual a large number of car dealers will attend so perhaps a good chance to see your new car, or perhaps the car of your dreams. As usual we will have a spectacular display from the RAF, lots of things to see and do for adults and children alike. Please keep checking back as the schedule will be updated regularly. 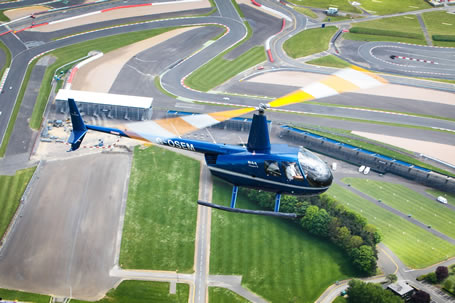 Helicopter Experience Flight
With an Air Experience Flight, courtesy of Sloane Helicopters, Warren Classic and Supercar Show visitors can “legally” do 140mph around the Warren Estate. On Sunday 20th September, you can embark on a flight in a Robinson helicopter whilst enjoying the remarkable aerial views of the show and the picturesque Essex countryside as you haven’t seen it before.

Visit Sloane Helicopters’ stand next to the clubhouse on Sunday 22nd September to book your flight – don’t forget to bring your camera! For more information, contact Sloane Helicopters at This email address is being protected from spambots. You need JavaScript enabled to view it. or visit www.sloanehelicopters.com. 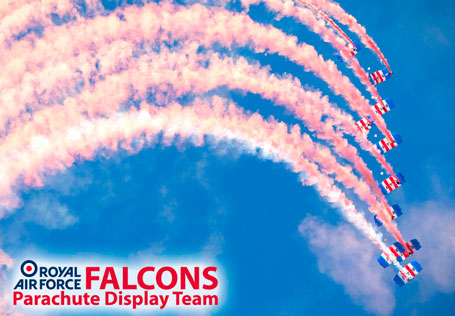 RAF Falcons Parachute Display Team
Widely recognised as the UK’s premier military parachute display team, the Falcons, based at RAF Brize Norton, Oxfordshire, display at venues all over Britain and Europe throughout the year.

The RAF Falcons parachute display is both unique and flexible. This is necessary due to weather conditions that will dictate which of the three types of show the team may be asked to perform at very late notice. Displays consists of dynamic movements across the sky in free fall using coloured smokes to illustrate an aerial pattern and positioning themselves in the perfect place for the pull and demonstration of close proximity flying under canopy, which includes the famous Falcons’ non-contact canopy stack. Depending on what height the team are able to descend from, you may witness the Split Stack, Alternate Split Stack or both. 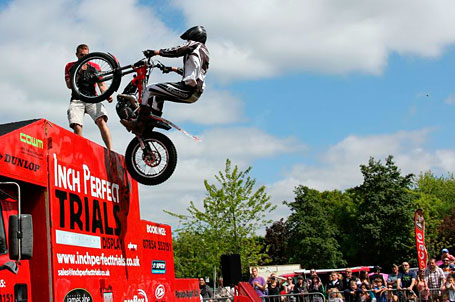 Inch Perfect Trials
As the longest established trials display team in the UK, Inch Perfect Trials definitely know how to wow the crowd! The team have performed at numerous high profile events up and down the country.

The display, which will take place in Arena, includes massive jumps up vertical walls, breath-taking ‘drop offs’, a full range of freestyle tricks: wheelies, stoppies, back wheel hops, 180 degree flick turns etc, plus other spectacular stunts which, combined with showmanship and humour will leave the audience in disbelief of what they have just witnessed. Their non-stop stunts provide high octane excitement and are sure to leave you amazed. 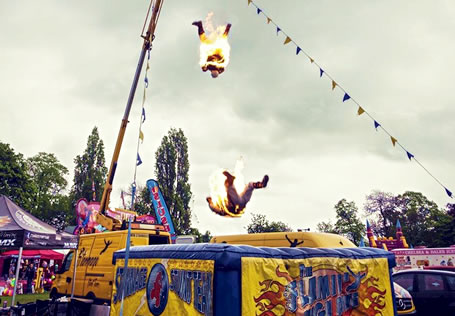 Mark Stannage started his professional career in 1984 at the age of 14. With over 34 years’ experience he specialises in car, motorbike, fire and high fall stunts, performing some of the most spectacular stunts ever seen on film and TV. Aaron, now 21, began performing at only three years old, he is one youngest stunt performers in the UK today and is currently a holder of a Guinness World Record. He performs some of the most dangerous stunts ever seen. This amazing team will thrill audiences with their varied repertoire including: High falls on fire, Motorbike and Quad stunts. 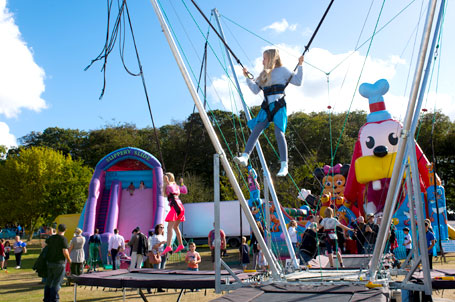 The Kid's Zone, located adjacent to the main arena, will include bouncy castles and children’s rides.

Some rides and attractions may be chargeable.